My local brain injury support group had their annual barbecue at a local park this week. To show unity in our group, we each painted one nail red. Everyone including myself brought snacks and other foods for everyone to enjoy along with the prepared food.  Besides going to the annual walk events, it was great to see some people from the support group attend this barbecue. While we were there, I there was a camera crew filming a commercial. There was also another group flying drones into the sky. One drone had a blue balloon with the earth painted on it.

This was quite random for me to see in a park during the day.

I saw another brain injury group member in their wheelchair taking photos of the park.  I walked over to him and we had a conversation about the drones and the weather.  He had explained to me how drones are more dangerous for helicopters because helicopters fly lower at the same height as drones. Airplanes fly at a higher altitude and are unreachable by drones. Drones cannot travel as far.  After our conversation, he returned to take photos around the park. Moments later, I was approached by the group flying the drones. They explained to me they were filming random acts of kindness and saw my interaction with the man in the wheelchair. 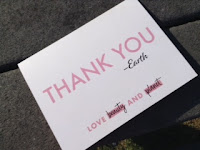 They said thank you for showing an act of kindness and they gave me a thank you card.  I was having medical device issues since 2am this morning which continued until almost 12pm even after taking pain reliever pills.  Some pain issues continued this evening on the way home. Overall, I'm glad I was able to locate this support group meeting and enjoyed conversation and company of other group members. I look forward to attending more gatherings when I'm able to.